The good thing is, it needs not much to do street photography: Open eyes, a camera of any kind, a step out of your apartment and you have your subjects and objects to shoot. Obviously everyone can do this. The bad thing is, everyone does it. Have a look at the social media platforms. Zillions of people are shooting strangers in public areas, labeling their pictures with “street photography” and tagging them with fancy phrases, because it’s “en vogue”. But very often the photographs look like a pure scan of reality – randomly, boring and irrelevant, pimped by post processing. No composition, no idea, no story is behind them. The output seems to be nothing more than digital noise in a community of wannabe-photographers. Maybe that’s why the New York-based Canadian writer and photographer Micheal Ernest Sweet pointed out last year: Street Photography Has No Clothes (referring to the fairy tale “The Emperor’s New Clothes”).

A question of definition

My interpretation of street photography is the common one, I guess: Urban environment, outdoors, indoors, public places, even streets, with or without a human element, people’s behavior, daily life, candid situations, non posing, authentic and some kind of documentary. It is also a state of mind, a way of seeing and observing the own environment. But important to me is: The pictures have to tell a story! I’m miles away from being a story-teller myself, but I’m working on it, to separate me from that “digital noise”. 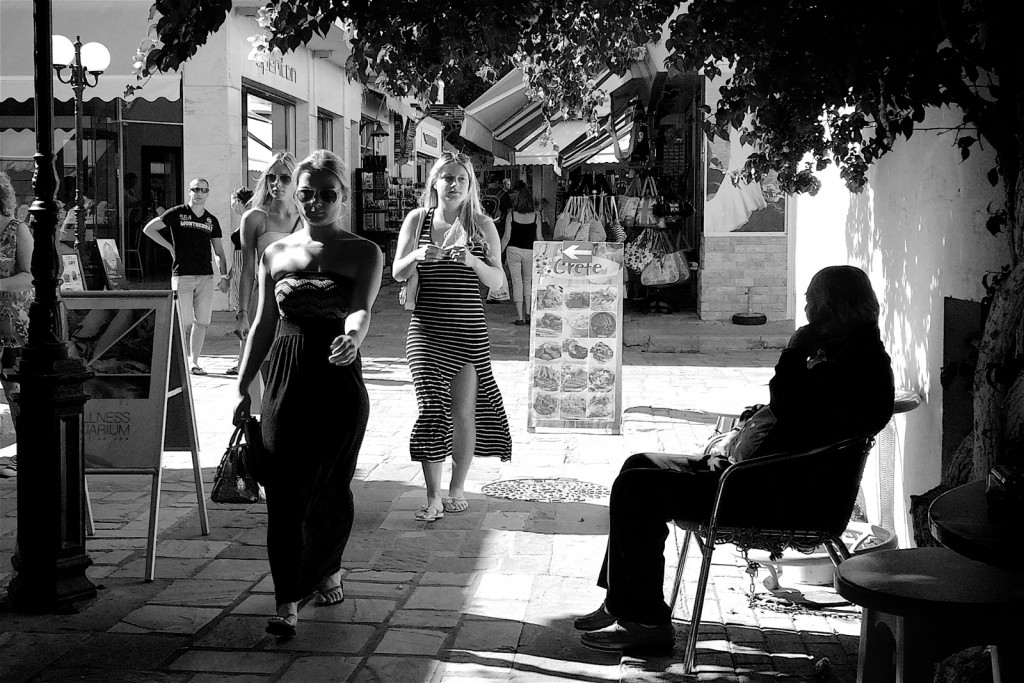 How I was infected with street photography

In summer 2014 I stumbled upon an old photograph by Fred Herzog, born 1930 in Germany, emigrated 1952 to Vancouver/Canada. He is one of the pioneers in using color in photography. “Man with Bandage“ from 1968 shows a street scene with an injured man with a scratch on his chin, rising his hand against the sun and holding a cigarette in his other bandaged hand. Behind him stands an old lady, dressed with a black coat and a white hat, gloves, handbag and walking cane. She is looking at him in a mixture of compassion and disgust. A captured “decisive moment”, brilliant composition, moody atmosphere, a told story in one picture – wow! The only book I could find about him was a catalogue from his exhibition at C/O Berlin – used for 300 EUR. So I followed the suggestions by Amazon and bought a small book about Henri Cartier-Bresson instead and was fascinated by his candid photography.

A few days later a friend of mine introduced me to the work of a French photographer, she felt in love with. She named it “street photography” and I considered, ’I can do that too’. I started to shoot “street scenes” with my smartphone, processed the photographs in black and white and loaded them up. That was the beginning of an ongoing passion. 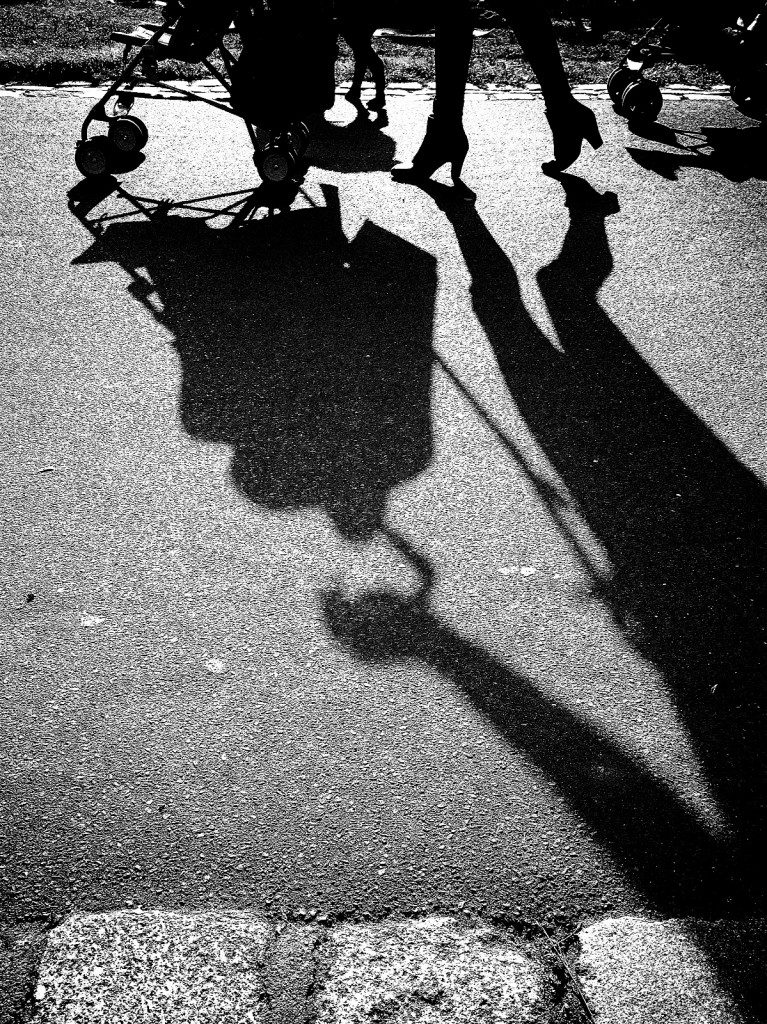