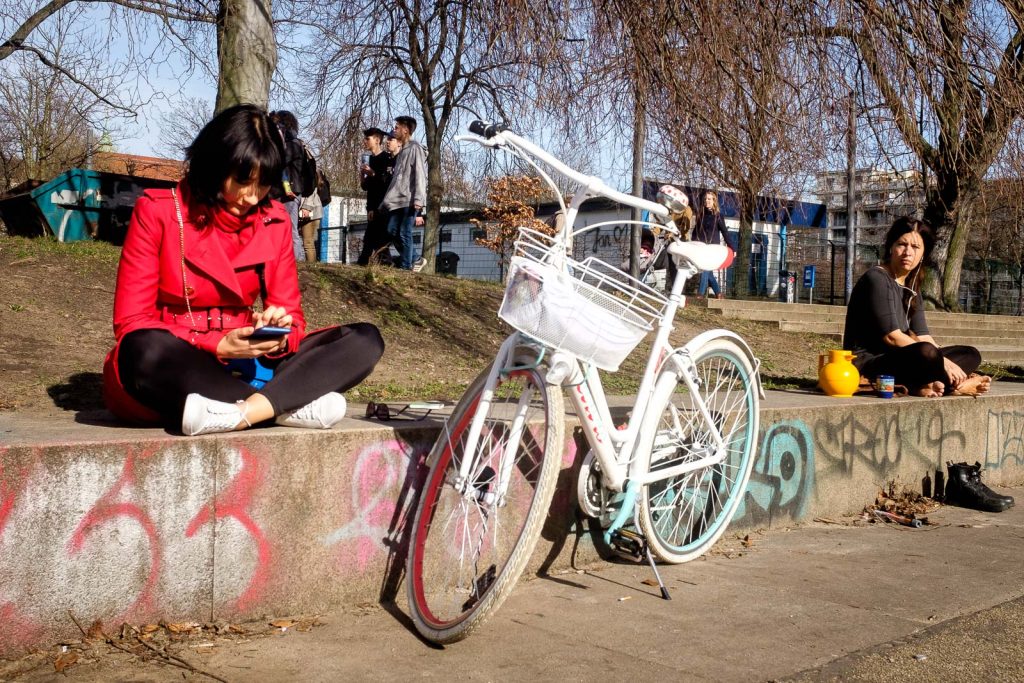 The first weekend last month in Berlin was springtime for a day or two. The streets, cafés and hotspots where overcrowded with people. A perfect opportunity for taking pictures. So I grabbed my camera, backup-camera, batteries and hit the streets.

15 minutes and 3 tram stations later I put out my camera to start shooting. But what was that? “No card” showed the display. Well, I left the card in the computer, but no problem, I had a card in my backup-camera, I thought. Obviously my little son bought this card for his camera. I decided to shoot the scene with my smartphone and to buy a new card instantly. After that I had a few good opportunities – seeing, anticipating, shooting.

“Low battery” in the display wasn’t a big deal, because I had extra batteries, I thought. “Low battery” and the display turned dark. I’ve forgotten to charge them. With a pounding heart I put the new card in my backup-camera and switched it on. Juice enough for a few shots and I took the chance!

Prepared like a rookie, neglected the basics but fortunately with a few keepers, lucky me.